Skip to content
HomeVacation is a poor substitute for leisure 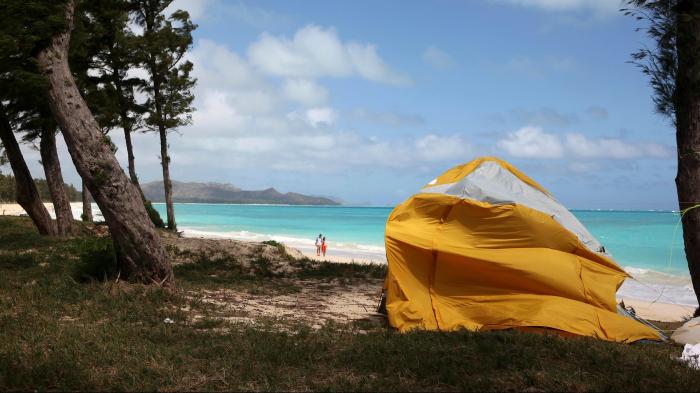 For many of us, rest in the historical sense—the active version—is only imaginable after a lifetime of work, in retirement.

More than two thousand years ago, the Roman stoic philosopher Seneca wrote a letter to his friend Paulinus, urging against a certain type of rest:

I do not summon you to slothful or idle inaction, or to drown all your native energy in slumbers and the pleasures that are dear to the crowd.

That is not to rest;

To the stoics rest and leisure were active pursuits. Rest did not mean, as it often does today, vacation, days off, or a day or two spent catching up on sleep.

For many of us, rest in the historical sense—the active version—is only imaginable after a lifetime of work, in retirement. And even then, many who retire and find themselves filled with the anxiety that they must “do something” and may only slowly discover the type of contemplation, leisure, and mindfulness that was the accepted definition of rest for centuries.

So what accounts for this change in our approach to rest? The German philosopher Josef Pieper blamed our modern conception of work. In 1948, he wrote an essay titled “Leisure: The Basis For Culture” that argued a culture of “total work” was taking over our lives, that everything was becoming in service of work—including leisure.

He defined leisure as follows:

Leisure is the disposition of receptive understanding, of contemplative, beholding, and immersion — in the real. In leisure, there is, furthermore, something of the serenity of ”not-being–able–to–grasp,” of the recognition of the mysterious character of the world, and the confidence of blind faith, which can let things go as they will; there is in it something of the ”trust in the fragmentary, that forms the very life and essence of history.

He put it even more simply:

We mistake leisure for idleness, and work for creativity.

In a world of “total work,” there is no space for contemplation or rest. There is no need for people to be in “harmony with themselves” as long as they are employed. To “know thyself” is a secondary concern, and any sort of break from work is merely in the service of doing more work. As Pieper put it:

The simple ”break” from work — the kind that lasts an hour, or the kind that lasts a week or longer — is part and parcel of daily working life. It is something that has been built into the whole working process, a part of the schedule. The ”break” is there for the sake of work. It is supposed to provide ”new strength” for ”new work,” as the word ”refreshment” indicates: one is refreshed for work through being refreshed from work.

The case for an old definition of leisure

In the book Rest: Why You Get More Done When You Work Less, Alex Pang examined how challenging it still is to actually take time for leisure:

If you want rest, you have to take it. You have to resist the lure of busyness, make time for rest, take it seriously, and protect it from a world that is intent on stealing it.

This lack of rest is not necessarily adding to productivity. Pang also makes the case that some of the most successful people in history did not work that much. Their lives were filled with leisure, activity, and rest.

Charles Darwin, for instance, did most of his work in a few hours a day in the morning. Here is how his day looked:

Depending on how you slice it, on a typical day, Darwin did about 2.5 to 5 hours of work, took a nap, and went for a couple walks—yet he still had plenty of time to publish 19 books.

One of the more compelling stories in Pang’s book is about a study from the Illinois Institute of Technology. In the 1950s, the study’s authors surveyed scientists about the number of hours they worked. What they found was that productivity was not linear—those who worked the most hours were not necessarily the most productive.

Instead, the most productive scientists worked between 10 and 20 hours per week. the scientists that worked the most hours were somewhat more productive the other scientists but were still not as productive as the ones who had more rests and time off in their life.

Our modern mindset around “hustle” equates hard work with success. More hours equals more results. But Pang showed in at least one environment and with many successful people throughout history, that this is not always the case.

As Pang concluded in his book:

The ancient Greeks saw rest as a great gift, as the pinnacle of civilized life. The Roman Stoics argued that you cannot have a good life without good work. Indeed, virtually every ancient society recognized that both work and rest were necessary for a good life: one provided the means to live, the other gave meaning to life.