Skip to content
HomeLemonBox, which brings US vitamins to Chinese consumers, raises $2M

LemonBox, a Chinese e-commerce startup that imports vitamins and health products from the U.S., has raised $2 million to develop its business.

The company graduated from Y Combinator’s most recent program in the U.S. and, fueled by the demo day, has pulled in the new capital from 10 investors, which include Partech, Tekton Ventures, Cathexis Ventures, Scrum Ventures and 122 West Ventures.

LemonBox started when co-founder and CEO Derek Weng, a former employee at Walmart in the U.S., saw an opportunity to organize the common practice of bringing health products back in China. Any Mainland Chinese person who has lived in, or even just visited, the U.S. will be familiar with such requests from family and friends, and LemonBox aims to make it possible for anyone in China to get U.S.-quality products without relying on a mule.

The service is primarily a WeChat app — which taps into China’s ubiquitous messaging platform — and a website, although Weng told TechCrunch in an interview this week that the company is contemplating a standalone app of its own. The benefit of that, beyond a potentially more engaging customer experience, could be to broaden LemonBox’s product selection and use data to offer a more customized selection of products. Related to that, LemonBox said it hopes to work with health and fitness-related services in the future to gather data, with permission, to help refine the personal approach.

LemonBox’s team has now grown to 20 people, with 12 full-time staff and 8 interns, and Weng said that the new funding will also go toward increased marketing, improvements to the WeChat app and upgrading the company’s supply chain. Business, he added, is growing at 35 percent per week as LemonBox has adopted a personal approach to its packaging, much like Amazon-owned PillPack.

“This is the first time people in China have ever seen this level of customization for their vitamins,” Weng told TechCrunch. 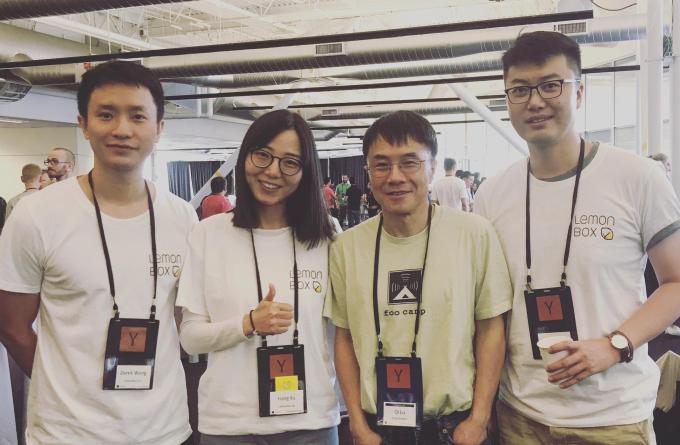 Qi Lu, the former Microsoft and Baidu executive who leads YC’s new China unit, said he is “bullish” about the business.

“What LemonBox offers resonates with me and is serving a clear China market needs. Personally, I travel a lot between China and the U.S., and I often was asked by my relatives to help purchase and carry them similar products like vitamins,” he said in a prepared statement.

“More importantly, what LemonBox can do is to build an initial core user base and a growing brand. Over time, by serving their users well, it can reach and engage more users who want to better take care of their broader nutrition needs, use more data and take advantage of increasingly stronger AI technologies to customers and personalize, and become an essential service for more and more users and customers in China,” Lu added.