With the look of someone betrayed, Facebook’s CEO has fired back at co-founder Chris Hughes and his brutal NYT op-ed calling for regulators to split up Facebook, Instagram, and WhatsApp. “When I read what he wrote, my main reaction was that what he’s proposing that we do isn’t going to do anything to help solve those issues. So I think that if what you care about is democracy and elections, then you want a company like us to be able to invest billions of dollars per year like we are in building up really advanced tools to fight election interference” Zuckerberg told France Info while in Paris to meet with French President Emmanuel Macron. 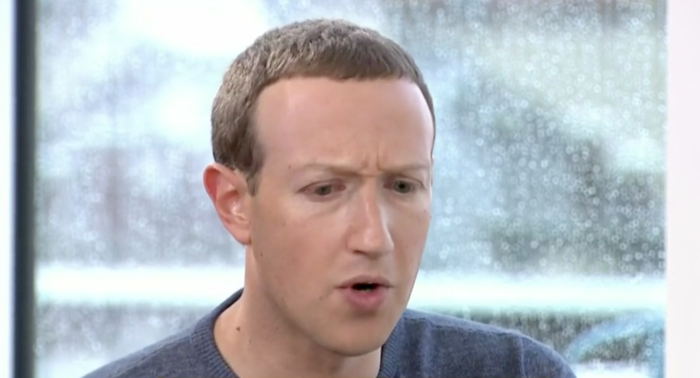 Zuckerberg’s argument boils down to the idea that Facebook’s specific problems with privacy, safety, misinformation, and speech won’t be directly addressed by breaking up the company, and that would instead actually hinder its efforts to safeguard its social networks. The Facebook family of apps would theoretically have fewer economies of scale when investing in safety technology like artificial intelligence to spot bots spreading voter suppression content.

Hughes claims that “Mark’s power is unprecedented and un-American” and that Facebook’s rampant acquisitions and copying have made it so dominant that it deters competition. The call echoes other early execs like Facebook’s first president Sean Parker and growth chief Chamath Palihapitiya who’ve raised alarms about how the social network they built impacts society.

But Zuckerberg argues that Facebook’s size benefits the public. “Our budget for safety this year is bigger than the whole revenue of our company was when we went public earlier this decade. A lot of that is because we’ve been able to build a successful business that can now support that. You know, we invest more in safety than anyone in social media” Zuckerberg told journalist Laurent Delahousse.

The Facebook CEO’s comments were largely missed by the media, in part because the TV interview was heavily dubbed into French with no transcript. But written out here for the first time, his quotes offer a window into how deeply Zuckerberg dismisses Hughes’ claims. “Well [Hughes] was talking about a very specific idea of breaking up the company to solve some of the social issues that we face” Zuckerberg says before trying to decouple solutions from anti-trust regulation. “The way that I look at this is, there are real issues. There are real issues around harmful content and finding the right balance between expression and safety, for preventing election interference, on privacy.”

Claiming that a breakup “isn’t going to do anything to help” is a more unequivocal refutation of Hughes’ claim than that of Facebook VP of communications and former UK deputy Prime Minster Nick Clegg . He wrote in his own NYT op-ed today that “what matters is not size but rather the rights and interests of consumers, and our accountability to the governments and legislators who oversee commerce and communications . . . Big in itself isn’t bad. Success should not be penalized.”

Something certainly must be done to protect consumers. Perhaps that’s a break up of Facebook. At the least, banning it from acquiring more social networks of sufficient scale so it couldn’t snatch another Instagram from its crib would be an expedient and attainable remedy.

But the sharpest point of Hughes’ op-ed was how he identified that users are trapped on Facebook. “Competition alone wouldn’t necessarily spur privacy protection — regulation is required to ensure accountability — but Facebook’s lock on the market guarantees that users can’t protest by moving to alternative platforms” he writes. After Cambridge Analytica “people did not leave the company’s platforms en masse. After all, where would they go?”

That’s why given critics’ call for competition and Zuckerberg’s own support for interoperability, a core tenet of regulation must be making it easier for users to switch from Facebook to another social network. As I’ll explore in an upcoming piece, until users can easily bring their friend connections or ‘social graph’ somewhere else, there’s little to compel Facebook to treat them better.