“The future is private.” Clearly, Facebook still has a way to go. 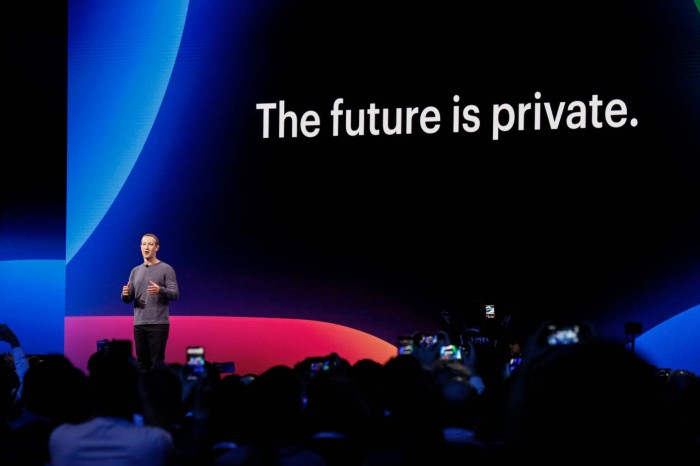 Facebook has become the latest tech giant to face scrutiny over its handling of users’ data, following a report that said the social media giant collected audio data and recordings from its users and transcribed it using third-party contractors.

The report came from Bloomberg, citing the contractors who requested anonymity for fear of losing their jobs.

According to the report, it’s not known where the audio came from or why it was transcribed, but that Facebook users’ conversations were often matched against to see if they were properly interpreted by the company’s artificial intelligence.

There are several ways that Facebook collects voice and audio data, including from its mobile devices, its Messenger voice and video service, and through its smart speaker. But the social media giant’s privacy policy makes no clear mention or explanation what it uses audio data for. Bloomberg also noted that contractors felt their work was “unethical” because Facebook “hasn’t disclosed to users that third parties may review their audio.”

The company has long rebuffed claims that its Facebook is “not listening” to its users through your phone.

We’ve asked Facebook several questions, including how the audio was collected, for what reason it was transcribed, and why users weren’t explicitly told of the third-party transcription, but did not immediately hear back.

Facebook becomes the latest tech company to face questions about its use of third-party contractors and staff to review user audio.

Amazon saw the initial round of flak for allowing contractors to manually review Alexa recordings without express user permission, forcing the company to add an opt-out to its Echo devices. Google also faced the heat for allowing human review of audio data, along with Apple which used contractors to listen to seemingly private Siri recordings. Microsoft also listened to some Skype calls made through the company’s app translation feature.

It’s been over a year since Facebook last had a chief security officer in the wake of Alex Stamos’ departure.