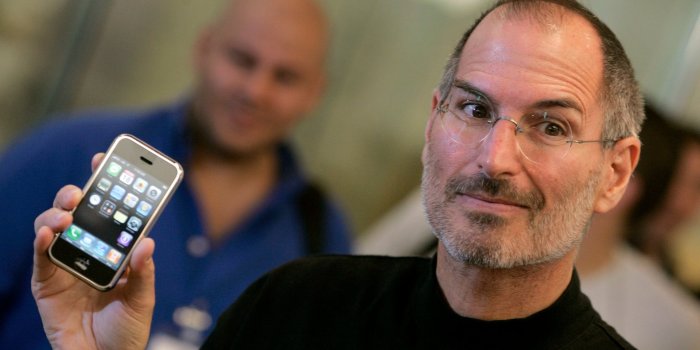 The last 150 years have seen the most remarkable advancement of technology in history. Electric lighting, cars, plastic, the telephone, and television are all less than 150 years old, while newer innovations such as the internet have spurred ever more rapid societal development.

Technological advances have boosted productivity by allowing workers to get more done in a day. This helps to increase output and boosts economic growth.

In its recent Equity Gilt Study, which is a massive annual report by Barclays chronicling the bank’s thoughts on important topics in finance and economics, the bank focused heavily on new technologies and particularly on cryptocurrencies and artificial intelligence.

Included in the report was a breakdown of how productivity and output have developed over the course of the last century and a half, crossed with the major innovations that have come in that time.

Barclays measured total output per hour across both the UK and the USA from 1760 onward, using an index where that year is considered to be 100. Productivity in 2018 is around 3,000 on this index.

You can see the chart showing the growth in productivity below, as well as an index of the innovations: 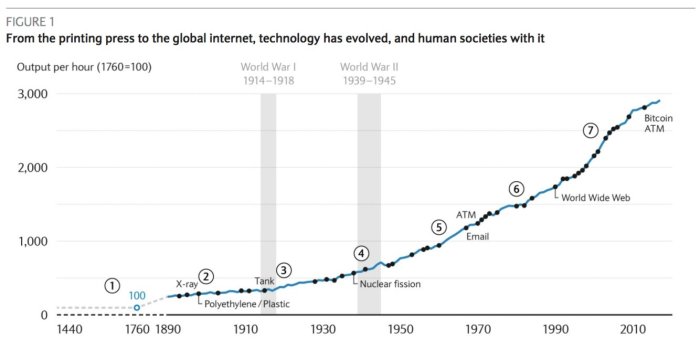